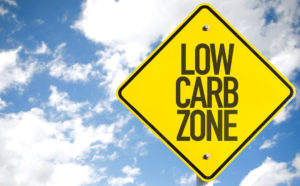 There’s copious amounts of evidence that fad diets don’t work.  If they did, we wouldn’t have the obesity epidemic we do today.  Of course, that doesn’t keep people from trying the latest diet of the moment.  In fact, recent estimates indicate that some 45 million Americans “go on a diet” each year.

It’s big business, too.  Americans spend more than $33 billion dollars a year on special dietary foods and other weight loss products.  Again though, if it was money well spent, we’d have the slimmest, healthiest population on the planet.  We clearly don’t, and what’s worse is the fact that few people stop to ask tough questions about these fad diets and what they’re doing to our bodies.

That’s changing, thanks to a new study recently completed by Professor Maciej Banach and company, of the Medical University of Lodz, in Poland.

Professor Banach and his team focused on low-carb diets, with an eye toward examining the health risks associated with them.  In particular, since carbs are a major energy source, how does a diet low in them impact human health?

Although the research provides no causal answer to the question, it does examine the link between low-carb diets generally and the risk of premature mortality, as well as mortality arising from specific diseases.

The team examined survey results drawn from nearly 25,000 individuals who had participated in the National Health and Nutrition Examination Survey between 1999 and 2010, searching for associations between low carb intake and the risk of death from stroke, cancer, cerebrovascular disease and coronary heart disease.

The average age of the study participants was 47.6 years, and their carb intake was calculated as a percentage.

Based on these percentages, the study participants were divided into four groups and were followed for an average period of 6.4 years.  They were also classified as obese and non-obese based on their BMI (Body Mass Index).

The research team also examined the same associations in a massive meta-analysis of a variety of related studies that examined nearly 450,000 participants who were followed for an average of 15.6 years.

The results are alarming, to say the least.  Here are some of the key findings:

These results were mirrored in the meta-study, although the effects were somewhat blunted.  In the larger group:

Professor Banach had this to say about the results:

“Low carb diets should be avoided.  The reduced intake of fiber and fruits and increased intake of animal protein, cholesterol, and saturated fat with these diets may play a role.  Differences in minerals, vitamins, and phytochemicals might also be involved.

Low-carb diets might be useful in the short term to lose weight, lower blood pressure, and improve blood glucose control, but our study suggests that in the long-term, they are linked with an increased risk of death from any cause…”

Not that it’s likely to change many minds, but the data is sobering indeed.

Primary Care group established in 1995, Diverse Private Practice with 30 physicians, seeking one obgyn for OB and some Gyn surgery. This group is mostly private pay. Go to only ONE hospital system making it very easy to practice.