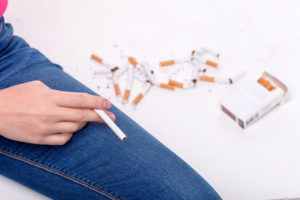 Sitting is the new smoking!  You’ve probably read that phrase in dozens of papers, reports and articles over the last few years.  In fact, it gets repeated with such frequency that it has almost become an article of faith in the medical community, but is it true?

Not according to an international research team working out of the University of South Australia.  The team’s findings were recently published in the American Journal of Public Health, and should put the matter to rest once and for all.

While their findings suggest that excessive sitting, as defined by sitting more than eight hours a day, does increase the risk of some chronic diseases and conditions by as much as 10 to 20 percent, and can even lead to an increased risk of premature death, the issue is one of scale.

Dr. Terry Boyle, one of the nine researchers on the team had this to say about their research:

“The simple fact is, smoking is one of the greatest public health disasters of the past century.  Sitting is not, and you can’t really compare the two.

First, the risks of chronic disease and premature death associated with smoking are substantially higher than for sitting.  While people who sit a lot have around a 10-20 per cent increased risk of some cancers and cardiovascular disease, smokers have more than double the risk of dying from cancer and cardiovascular disease and a more than 1000 per cent increased risk of lung cancer.

Finally, unlike smoking, sitting is neither an addiction nor a danger to others.  Equating the risk of sitting with smoking is clearly unwarranted and misleading, and only serves to trivialize the risks associated with smoking.”

What we’re ultimately talking about here is an issue of scale.  While saying ‘Sitting is the New Smoking’ is certainly an eye-catching headline designed to get clicks and media attention, the reality is far different, and anyone who repeats the meme is only making the job of medical professionals around the world more difficult.

It’s certainly true that sitting for extended periods is problematic, and we should do everything we can to make people aware of the health risks associated with a sedentary lifestyle.  That said, fearmongering is almost certainly the wrong approach to take here.

The next time you hear someone repeating the meme, take a moment to point out the harsh realities.  In isolation, it won’t do anything to counter the prevailing narrative, but as more and more people begin to set the record straight, the hope is that we can collectively bring a measure of realism to the discussion.

No matter how you slice it, sitting isn’t the new smoking.  The two aren’t even in the same league.