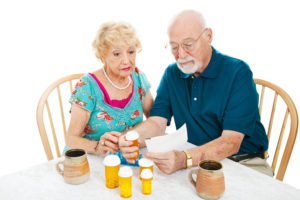 Coffee appears to be a wonder drug.  In recent months, there has been a broad range of papers published on research hinting that coffee may help fight a variety of diseases, which is great news, considering that every day, the world consumes more than five billion cups of the stuff.  Now, a new research paper joins the growing constellation of coffee research, and once again, the findings point to coffee being something of a miracle drink.

Earlier research into the matter indicated that coffee may offer at least some protection against both Alzheimer’s and Parkinson’s disease, but although the correlation was noted, a causal link was not established by the earlier work.

Dr. Donald Weaver called on biologist Yanfei Wang and Dr. Ross Mancini, a research fellow in medicinal chemistry to take a closer look at what compounds in particular in coffee might be responsible for the decreased risk.  The team investigated three different types of coffee:  Light roast, dark roast, and decaffeinated dark roast.

One of the earliest things they noted in their research was the fact that the protective effects of coffee were identical in the caffeinated and decaffeinated coffees, which allowed them to rule out caffeine as being the causative agent.

As the research continued, the team identified a group of compounds called “phenylindanes,” which aren’t present in coffee beans in nature, but only emerge during the roasting process.  It turns out that phenylindanes have a unique property:  They inhibit two protein fragments (tau and beta amyloid), keeping them from clumping.  These two protein fragments are common in both Alzheimer’s and Parkinson’s.

Given the fact that phenylindanes only appear during the roasting process, the team was not surprised to discover that the longer coffee beans are roasted, the more phenylindanes are present, so the preventive effect is stronger in dark roasts than in light or medium roasts.

Doctor Mancini had this to say about the team’s efforts:

“This is the first time anybody’s investigated how phenylindanes interact with the proteins that are responsible for Alzheimer’s and Parkinson’s.  The next step would be to investigate how beneficial these compounds are, and whether they have the ability to enter the bloodstream, or cross the blood-brain barrier.

Mother Nature is a much better chemist than we are and Mother Nature is able to make these compounds.  If you have a complicated compounds, it’s nicer to grow it in a crop, harvest the crop, grind the crop and extract it than try to make it.”

All true, and the team is already preparing for the next phase of the research where they’ll attempt to quantify the impacts of phenylindanes on the two proteins and begin to experiment on ways of creating an extract with a higher concentration.

Dr. Weaver notes that although the early research is both promising and encouraging, the team is still years away from being able to turn their discoveries to date into anything that even remotely resembles a treatment or a cure.  Even so, it’s good news, and yet another benefit of drinking that all-important cup of coffee in the morning.